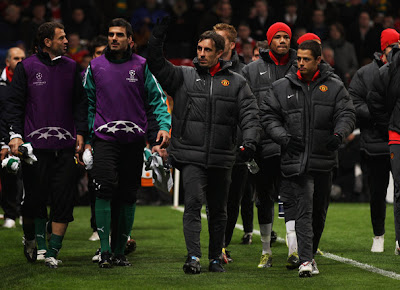 Gary Neville, 35, has retired from football with immediate effect. The revelation came to life after discovering that he'd been left out of the European squad for Manchester United's continued efforts in the UEFA Champions League. He may not be my favorite person in the world, but there's no denying his legendary performances at right back for his club and country. Enjoy your extra spare time, Mr. Neville. Maybe get some cuddles from Becks or something.