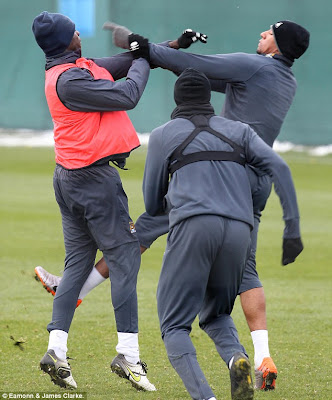 As it went down, Jerome Boateng apparently had a nasty tackle on the sensitive creature that is Mario Balotelli and he wasn't having any of it. So a bit of a skirmish broke out. Men, acting just as they do in nature: 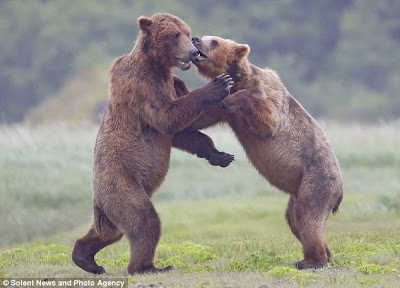 Don't worry, in the end, they hugged it out. Such a sincere face, Mario. I almost believe you. 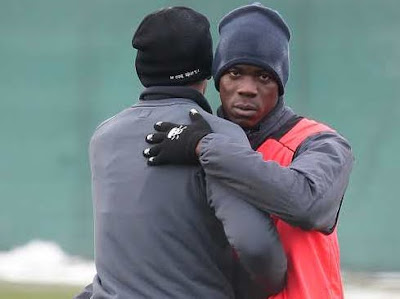