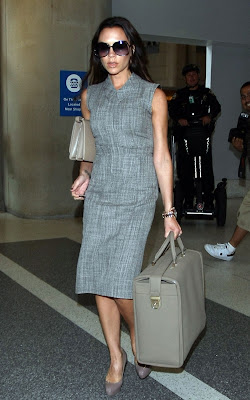 Victoria was in London doing some sort of work or something. 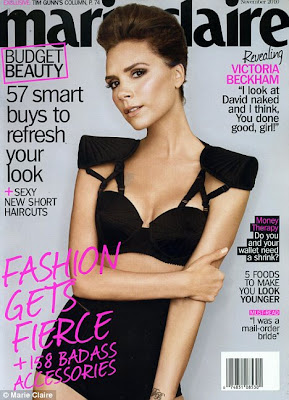 Victoria appears in the new issue of U.S. Maire Claire. When asked if she takes offense to people criticizing highness of David's voice, she responded with this peach:

"I just think he’s so goddamn perfect that people have to find something wrong with him. The other day he was sitting at the end of the bed, and he had no clothes on whatsoever. I was getting out of the shower, and I just stood there looking at him. He never looks like s**t in the morning. Never! So he’s sitting there sending his emails, all ripped. Not an ounce of fat on him. And I thought, ‘You done good, girl.’ I sure wasn’t thinking of his high-pitched voice."